Someone around you might be suicidal. Take a look at the telltale signs!

During and after Covid, suicide rates over the world experienced an outrageous spike since lockdowns and restrictions kept people from being with their loved ones and ultimately set them into depression and anxiety.

Anxiety, depression, and suicide ideation are all frequent mental health problems in young adults. Moving out, going to college, and starting a profession are all certainly huge burdens. The pandemic is doing little to alleviate the anxiety of young individuals moving out into the world on their own. 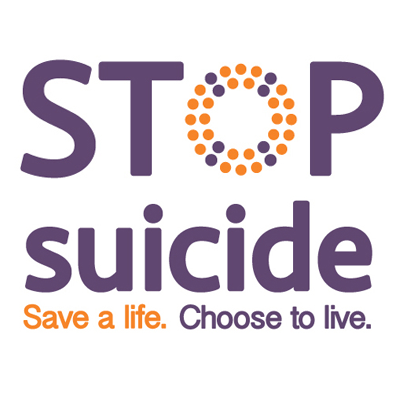 National suicide prevention week started on September 5 and ends on September 11. Suicidal behavior is when one starts taking action related to ending one’s own life. This behavior can be considered a psychiatric emergency and immediate assistance from a healthcare provider is important. Depression is the top mental health risk factor for suicide. Other factors like bipolar disorder, anxiety disorders, personality disorders, and schizophrenia can cause one to be suicidal. Aside from mental health, other factors like incarceration, child abuse, family history of suicide, chronic diseases, bullying, job loss, and difficulty seeking help have been causes of suicide.

Put extra effort into checking on your friends when;

They start saying they have no reason to live.

They make a will or give away personal possessions

You’ll say people make wills and give personal items away all the time but when your friends start giving stuff away like they don’t plan to be alive in the next week, you will know that its getting serious. Most people who commit suicide prefer to leave their stuff with people they know will take care of them properly. It’s true we all have lives and stuff to worry about but being your brother’s keeper has never caused any harm.

They show signs of extreme anxiousness

Most people that show signs of extreme anxiousness are more like to commit or at least fantasize about committing suicide. Being more watchful and vigilant to notice the changes in the people around us goes a long way to prevent them from committing suicide.

They talk about suicide as a way out

There exist different ways to confront a problem. If someone around you reiterates that committing suicide is the only way they can be at peace, encourage them to seek help.

If you feel someone is being suicidal, do not hesitate to talk to the person. Don’t be afraid to ask if the person is thinking about suicide. Offer your support and encouragement and let them know you’re there for them anytime. Try to make sure they are not alone, they could really use the company. Don’t shame them for feeling how they feel, you can encourage them to seek professional help, try to go with them to their first appointment.

Ladies enjoy an extra look from time to time. However, makeup doesn't always have to be complicated. Every now and then, pulling out the...

These 7 common measures can ensure your personal data privacy

Better safe than sorry, they say.

Pinky on the brain?

5 Healthy food options you should try during the Christmas festivities

Its either you lose some pounds now in preparation for all your unhealthy choices during Christmas or you look for healthier options and keep that body forever banging.

Ahwenepa Nkasa 2020: We are loving Serwaa Amihere as an alluring traditional kente bride

TV Presenter and Broadcaster, Serwaa Amihere is the stunning muse for the traditional bridal series by Goba Kente

5 things you need to know before getting plastic surgery

Musings of a Millennial: We used to do these 5 things in Ghana in the 90s but we find it odd today

10 top books to shake up your coffee table