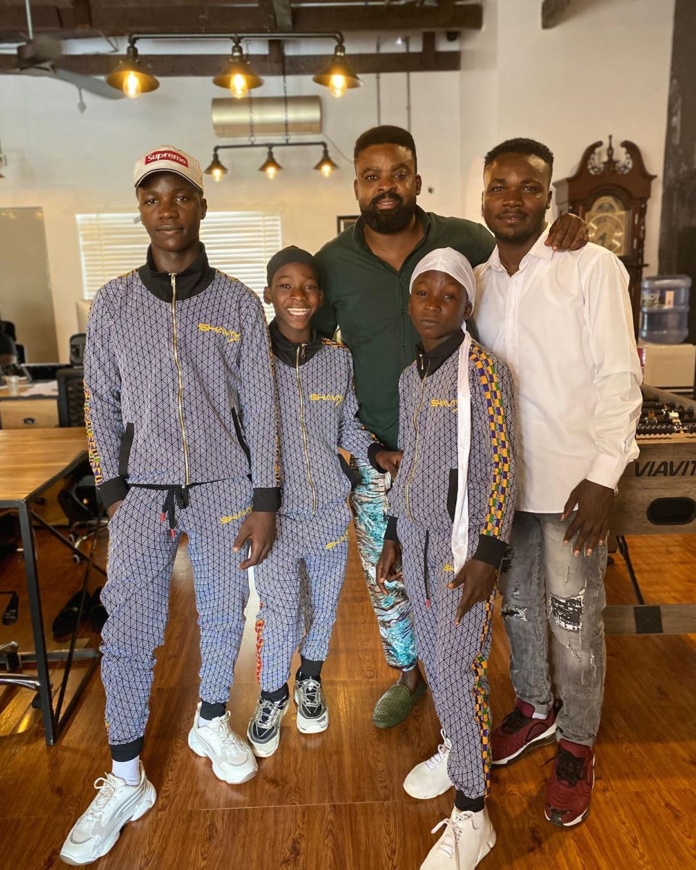 The gesture which was announced on their Instagram and Twitter pages on Wednesday, August 12, has received so many comments and applauds.

A voice recorder, cameras, Boom microphones, tripods, an Apple iMac computer and other tech accessories were in the list of gifts they received from the movie-streaming service.

READ MORE: This Nigerian photographer has caught the eyes of Mercedes Benz with his campaign shoot

15-year-old Muiz Sanni, 10-year-old Malik Sanni and 13-year-old Fawas Aina are members of the group who act out scenes from popular movies or videos and have garnered a religious following to the tune of 800k on Instagram alone.

Their 23-year-old brother, Babatunde Sanni is the brain behind their popular skits as he manages and edits the videos.

“Netflix!!!! Thank youuuu!! @netflixfilm you guys are amazing, we’ve received the gift, we love it!…,” a captioned carousel of videos and images read.

Internet feel-good stories like the Ikorodu Bois are starting to gain grounds and has sparked careers for several people around the globe who are noticed by celebrities or super brands.

Aside from the gifts received from Netflix, the young talent group will also receive mentorship from Nigerian actor and producer, Kunle Afoyan.

Sharing thew news in the same caption, they wrote:

“Sir @kunleafo we would love to say a very big thank you as you received us with open arms and for also giving us the opportunity to better our crafts and for also deciding to be a Mentor to us, and for the scholarship program as well, we want you to know how much we appreciate this sir, you are a father and we your kids and we are ready for the father-children tutelage from you sir. We look forward to having you as a source of pillar and uplifting hand in our endeavor and growth.”

They will also be receiving scholarship from the latter’s educational complex.

“We also want to say thank you to the entire staff of @kapfilmandtelevisionacademy for also their kind-hearted gesture in welcoming us…
Clothes by @shaviyclothing,” it concluded.

The group who have also recreated scenes from “Money Heist,” and Michael Jackson’s “They Don’t Care About Us,” caught the attention of the Russo Brothers, directors of the Extraction Movie who invited them to their premier as well as Will Smith and Dwayne Johnson

From Spelling Bee champion To Dr: Darren Sackey’s story is fit for a series...