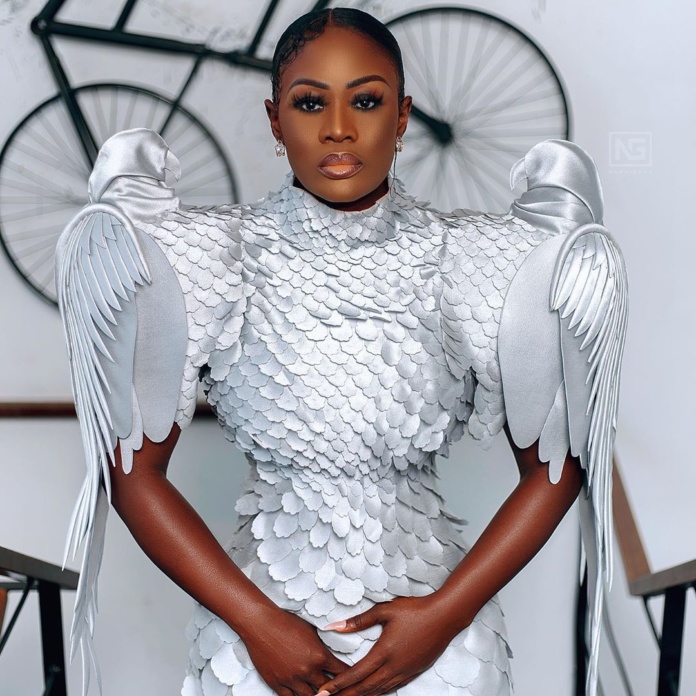 Slay Queen and fashion choncho, Nana Akua Addo was the talk of the blogs and wagging tongues at Saturdays, Glitz Style Awards.

The event which took place at the Movenpick Ambassador hotel saw the actress attend in a silver gown that had two eagle birds perched on her shoulder.

The outfit which had the resemblance to a real life bird had the fabric manipulated to look like real feathers. She accesorized with a bejeweled face mask and tied her in a sleek ponytail.

The actress turned fashion designer has been out of the scene for a while now until her appearance at Saturday’s event.