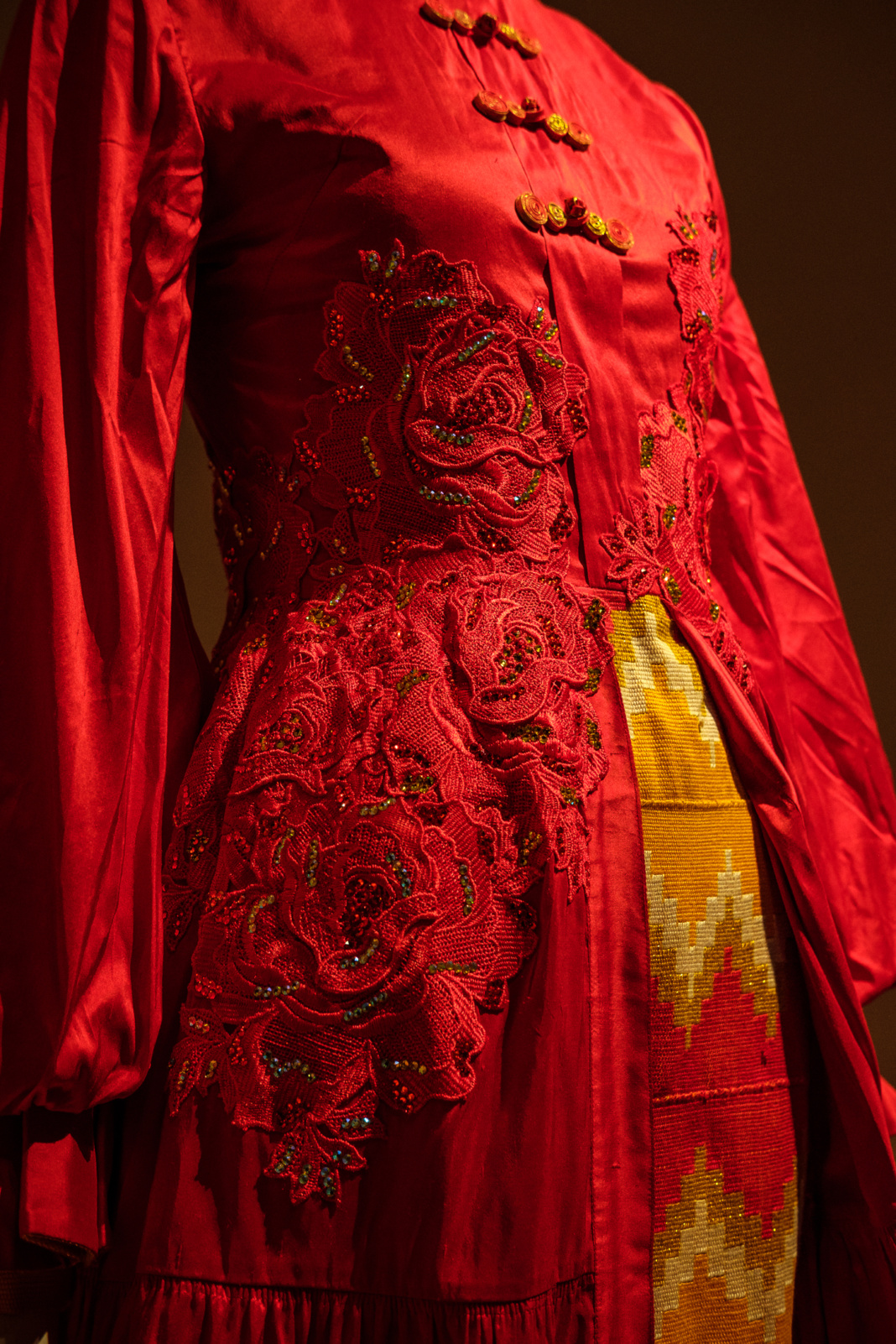 At the third edition of the Hangzhou Global Qipao Festival, Ghanaian designer, Ophelia Crossland and her many in one outfit consisting of Kente, silk, Swarovski crystals and lace stole the spotlight from participating designers and lifted Ghana’s flag very high.

Aimed at promoting cross-boundary interaction between culture, tourism, tradition, fashion, art and life, the National Silk Museum under whose auspices the event was organized unanimously decided the Theme for 2019 as “Weddings”

It invited over 30 famous fashion designers, installation artists and inheritors of intangible cultural heritage to participate in the opening ceremony, fashion talks and an elaborate dinner.

The opening ceremony took place at the Museum grounds which is situated close to the famous West Lake in Hangzhou, China. Occupying an area size of 9,000 square meters of displays in a typical Southern China garden, it is a leading fashion institution in the world with the permanent fashion gallery in China which houses over 40,000 pieces of western fashion and textile production dating back to 4000 years of human civilization.

The exclusive guests were welcomed into the magnificently decorated  fashion gallery on the second floor after a power-packed performance that featured scintillating Chinese folklore music, rhythmic and elegant dance moves amidst speeches and other cultural display.

In the gallery, guest were given the opportunity to experience the designs of the 10 finalists from 12 countries and regions including France, UK, United States, Russia, Norway, Japan, South Korea, Indonesia and Mexico. However, they were not allowed to touch the pieces which will be on display for a month before going into the Museum’s archives for life.

Speaking to the media, curator of the exhibition, Anni Pan who spoke in English, called Ophelia Crossland’s creation “one of the big ones in the collection”.  She further revealed that most guests were “fascinated” with her work for incorporating several cultures into the design, an act that was clearly in line with the ideals of the exhibition.

In a speech that was read via video, Mrs Ophelia Okyere-Darko, Creative Director behind Ophelia Crossland Limited said “It was a day of Nation pride”.

According to her, the noble task of designing a Qipao dress for a global event was “an honour and a humbling experience” for her 16-year-old brand. In her conclusion, she expressed her gratitude to Ghanaians for supporting her brand all over the years and promised to continue to life the flag of Ghana high.

With the unveiling of this exhibition, this adds to the growing number of international exhibitions and exposes she’s taken in part. In 2017, she represented Ghana in Dubai at the Swarovski Expose which saw her showcase side by side with other global fashion brands.

5 intimate party ideas for you and yours

The definitive guide to achieving that dream life and body