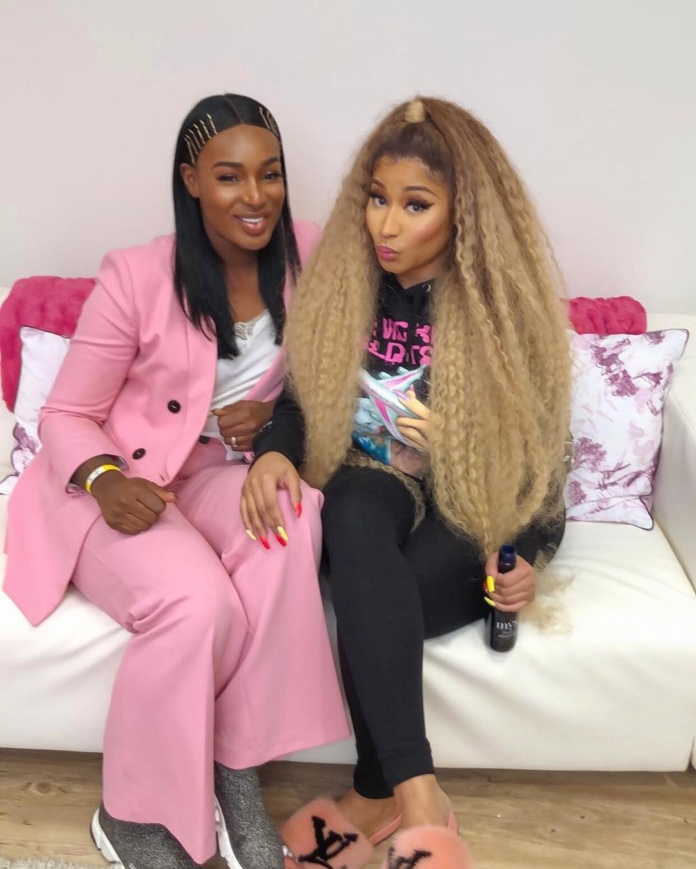 Hot girl summer has officially been taken to the next level for Ghana and Africa as a whole as music artists doing what they love have garnered international recognition.

Nana Fofie, a Ghanaian singer/songwriter based in the Netherlands has also been announced to be joining the label of American rapper/singer Nicki Minaj. In a post on Instagram, Nicki expressed her excitement:

Nana Fofie is a Ghanaian singer/songwriter living in the Netherlands who rose to fame with her first official YouTube video, a mashup of Runtown’s hit song ‘Mad over you’ in March 2017.

The goal was to reach a total of 50,000 viewers in order to jumpstart her music career, but within the first week, it reached a 100,000 views and exceeded a million views in its first month on the platform.

In May of the same year, she released another mashup of Mr Eazi’s ‘Leg Over’ which reached over 100,00 views on the first day.

Last year, Nicki Minaj shared a video of her jamming to one of Fofie’s mashups on Instagram, and has been a keen follower of her music since. She put Fofie on her tour this year and in Amsterdam, March 25th, Nana Fofie opened for the first time for Nicki Minaj on her world tour.

The news of her joining her label doesn’t come as a big surprise as the two ladies seem to have struck a great rapport on the tour.

Nana Fofie seems poised to take the world of music by storm, and we can’t be any happier for her.

Symone Seven is inspiring young black girls to feel like “Princess too” with her...

40 trailblazing GEY HEY old girls who made history as the first women in...

Meet the new legislators who will be going to parliament for the first time...