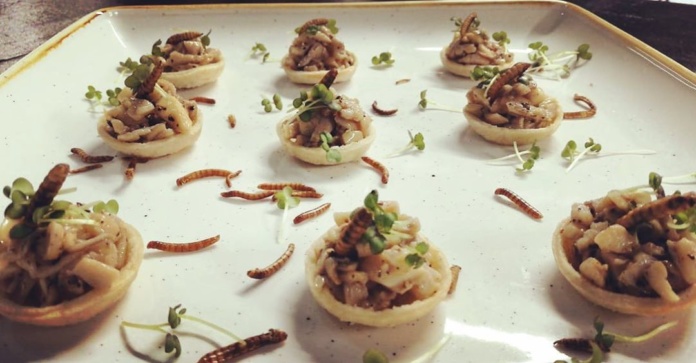 As more and more people become conscious of healthy living, they begin to watch what they take into their bodies.

Varied alternatives to the omnivorous lifestyle prevalent in this part of the world have become popular in recent time like vegetarianism, veganism just, to name a few.

The most recent to gain attention is entomophagy, dieting on insects.

Insects have been a part of food culture the world over, even though it’s not as popular as other food groups. They are said to a be source of protein and nutrients important to the human body.

In view of this, a restaurant in Cape Town, South Africa has made history as the first to introduce an insect-based menu, serving food made with edible insects in the country.

The Insect Experience, as the restaurant is known, is the first of it’s kind in South Africa, an all-insect pop up restaurant. It was opened earlier this month by Gourmet Grubb, a South African company that hopes to encourage people to eat more insects and products containing insects.

The meals are designed and made  by chef Mario Barnard, who first started cooking with bugs after a trip to Thailand where he was encouraged to eat tarantulas and scorpions. Barnard says the insects are high in protein and adds nutrition to the dishes.

Apag's "Jungle Justice" to be screened at the Largest Black Film Festival in the...