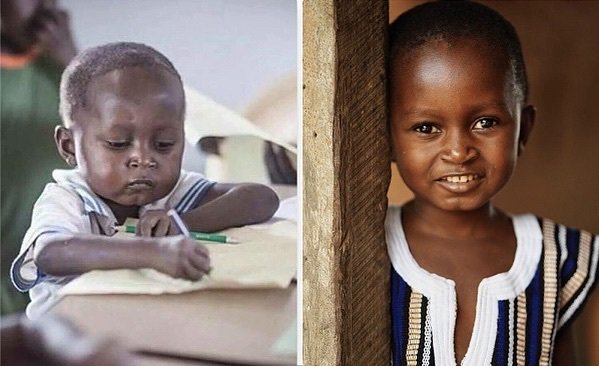 Unless you probably live on another planet then you’ve definitely come across the first social media trend of the year 2019, the #10YearChallenge which has got everyone reminiscing on memories and funny images from 10 years ago or even longer.

The trend actually started on Facebook as the “How Hard Did Aging Hit You” in celebration of a decade of users uploading their first images on the social messaging app and also compare profile pictures from the late 2000’s and the recent ones.

It later went viral and found it’s way to other platforms including Twitter and photo-sharing app, Instagram where it morphed into what we now know as the #10YearChallenge.

From popular celebrities like Gabrielle Union, Janet Jackson, Nana Ama Mcbrown celebrating their glow up and other corporate brands showing their brand growth to users posting rib cracking throwback photos, the #10YearChallenge only seems to be getting bigger and better.

We gathered a few of our favorite as well as hilarious posts and it’ll definitely leave you wondering where the years have gone?? And oh you should probably check out the viral trend cause your crush maybe in there somewhere looking very crusty..lol!!

The Hilarious and Rib-Cracking moments

Who did this to the President of Ghana??

Kanye West reportedly the richest black man in U.S History after his Net Worth...

15 of our favourite celebrities who are sharing the joys of Christmas with gorgeous...