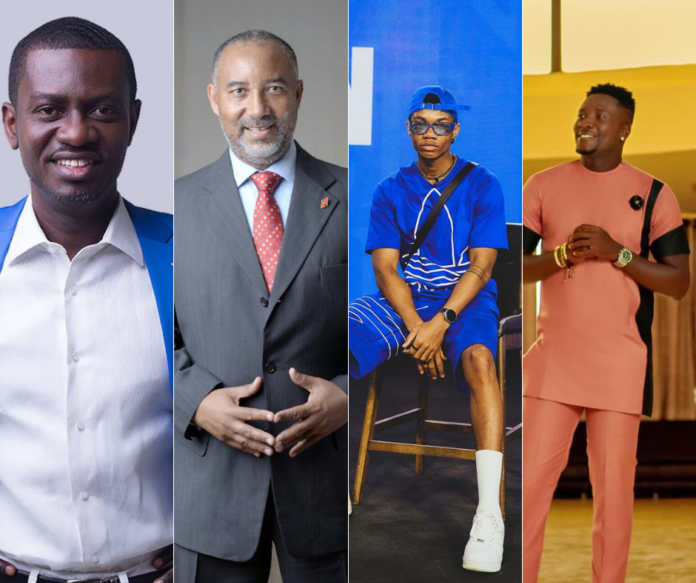 Welcome to Accra Academy –a place where boys have been transformed and moulded to achieve great things.

Established in July of 1931, it was the first of many private schools in ancient Gold Coast, serving the educational interests of young boys in James Town, Accra.

Accra Aca was founded by four young men, with nineteen students spread across grades ten through to twelve (Form One to Form Three). These young men were Gottfried Narku Alema, James Akwei Halm-Addo, Kofi George Konuah (Dr.) and Samuel Neils Awuletey, along with two others, started off as the initial teaching staff.

They relocated to their present campus at Bubuashi from a two-storey house leased by Madam Ellen Buckle.

Their relocation came after the government expressed interest in their stunning examination performances.

They are nicknamed “Little Legon” and they have the ‘City Girls’, St. Mary’s Senior High School, as their female affiliates. They don a light yellow shirt with sandy brown shorts. Their motto, “Esse Quam Videri” translates from Latin to “Be Seen”. They are also noted for their intelligence and athletism. If you would like to study, their programmes include General Science, General Arts, Agriculture, Business and Visual Arts.

The current President of the Republic of Ghana(H.E.)Nana Addo Dankwa Akuffo-Addos was a teacher in Accra Academy during his youthful days. The school has produced 1 Head of state, 9 traditional rulers, 4 Chief Justices, 4 Attorney-Generals and many other important Ghanaians

Now, going back to the subject of raising giants, these are some of the well-known individuals who have been groomed by this noble institution:

Chris Attoh is a renowned television personality, presenter, actor and model. He has provided all with so much thrill and energy wherever he is. His roles in the entertainment industry is one of a kind

Born Emmanuel Apraku, the pencil artist has built his life around using the least considered tools to bring out a masterpiece. He has worked with highly notable people within and without. His works are so incredible.

Dennis Nana Dwamena, stage name KiDi, is a highlife, afro musician and songwriter. He has wowed everybody with his soothing music and back-to-back bangers. He has also collaborated with other big names in the industry.

Born Emmanuel Mallet, this old boy is a sound engineer and a record producer. He is a veteran in the industry and is recognized as one of the frontiers in the hiplife genre.

Also known as Bola Ray, Nathan is a popular radio and television personality. He is also the CEO of Empire Entertainment and EIB Network. He has also contributed a lot to his field of works and has impacted many lives.

He is the 1st Chief Vandal of Commonwealth Hall, a Ghanaian statesman and the Omanhene of Agogo Traditional Area. A Hall which was commissioned in 2011 AND named after him.

He is an accomplished businessman and entrepreneur. He is the founder of Kwarleys Group He is into real estate, construction and property development, among others.

He is a financier and the chief (Nkosuohene) of Asante Juaben. He has helped in founding some notable financial institutions in Ghana. He was also the first Ghanaian captain of the Accra Polo Club.

He is a well-known journalist and pollster in Ghana. He is also the current Managing Editor of the Daily Dispatch newspaper. He has had a history of working with other great institutions prior to his role at The Daily Dispatch such as being correspondents for BBC and AFP.

He is a British Labour Party politician, who was the Member of Parliament (MP) for Brent South from 1987 to 2005, becoming the UK’s first Black Cabinet Minister in May 2002, when he was appointed as Chief Secretary to the Treasury. He served as the British High Commissioner to South Africa from March 2005 to May 2009. He was introduced as a member of the House of Lords on 1 July 2010

He is a broadcast journalist and host of Starr FM’s Morning Starr. He has also been a co-host on GHOne TV’s evening news. He has been nominated for awards including the Best Morning Show Host of the Year, and that recognition shows his worth.

He is a recognized broadcast journalist, news editor and anchor. He currently works with the Multimedia Group Limited. He also worked at TV3 as a reporter. Notable among his awards won include CNN African Journalist of the Year (2008).

He is the Ghanaian politician and the fifth Speaker of Parliament of the fourth republic (2013 to 2017). He is a lawyer and has served as a Member of Ghana’s Parliament for 6 consecutive times.

He is a journalist and a current affairs presenter with the British Broadcasting Corporation.

He is a professional football player and former captain of the Ghanaian National team. Currently, he plays his club football for Legon Cities in Ghana. He is also known for promoting Ghanaian Boxing as well as tennis. He also owns an airline company.

He is the president of the Millersville University of Pennsylvania. He is also a professor and has played several other roles in other science-related fields.

He is an emeritus professor of the College of Health Science for the University of Ghana Medical School. He is also a certified surgeon.

He is a Ghanaian-American novelist and retired surgeon. Some of his notable works include Wife of the Gods (2009), Death of the Voyager Hotel (2014) among others.

Daniel Addo is the CEO of Consolidated bank Ghana. He is a Chartered Accountant with twenty-four years post qualification experience.

Elvin Mensah is Netherland-based Ghanaian rapper and song writer also known as Slim Kofi. He is known as pioneer of Afrobeats music to the African community & has gone to promote the sounds around Europe in a short period.

He was a General of the army of Ghana who served as the 2nd President of Ghana from 1966 to 1969 in the position of Chairman of the National Liberation Council. General Ankrah also served as Chairperson of the Organisation of African Unity from 24 February 1966 to 5 November 1966.

He is the Former Chief Executive Officer of Ghana National Petroleum Corporation (GNPC). He was tipped as a running mate for former President John Dramani Mahama but he later picked Prof Jane Naana Opoku-Agyemang.

Mrs Betty Mould-Iddrisu is a Ghanaian lawyer and politician who made history as the first Ghanaian woman to assume the position of Attorney General and Minister for Justice. She attended Accra Academy for her secondary education.

18 Artsy Instagram images we are loving from the V For Vanity Floral Show...