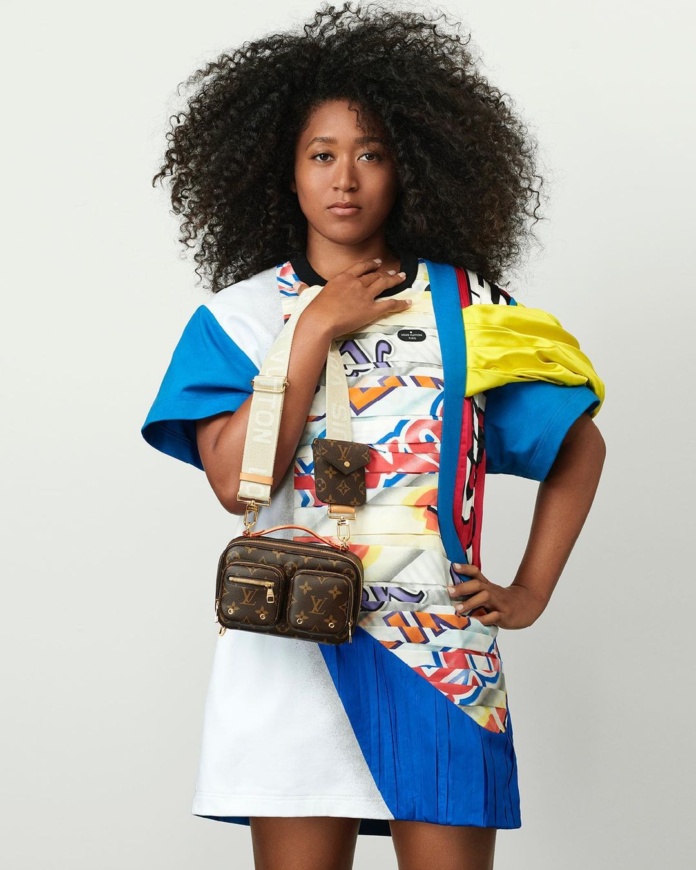 The 23-year old will be featured in the fashion company’s Spring to Summer 2021 campaign dubbed #LVSS21. A campaign headed by French fashion designer and Artistic director at the house of Louis Vuitton, Nicolas Ghesquière.

The Louis Vuitton fashion house announced the big news via a post on Instagram. The prowess of the now reigning champion of the US Open seems to be what has Louis Vuitton intrigued by her.

In the words of Nicolas Ghesquière,

“Naomi is an exceptional woman who represents her generation and is also a role model for everyone. Her career and convictions are inspiring.” –

Ranked No. 1 by the Women’s Tennis Association, Naomi Osaka, uses her platform to draw attention to the systemic and racial injustice. Essentially, the ones that Black Americans and people of color around the world face each day.

For every match Naomi had at the Flushing Meadows, she wore a different face mask. Each mask bearing the name of a victim of racially motivated violence.

This particular fashion campaign looks very promising from the start and everyone is looking forward to see the incredibly talented Nicolas Ghesquière’s handiwork on the beautiful Naomi Osaka.

Together Forever: Dominic and Gina's traditional wedding was a beautiful Christmas love story

Sandra Ikeji and her 200 bridesmaids are the current Guinness world record holders for...

The inspiring story of Elizabeth Owusua who works as a lawyer by day and...