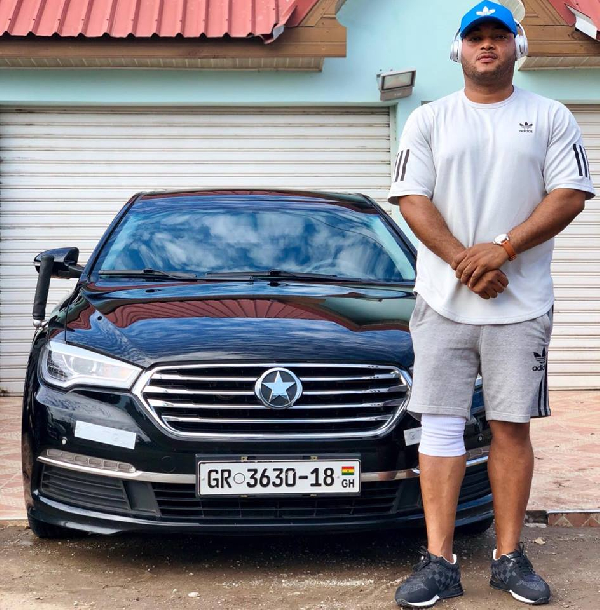 People are reacting on micro-blogging site, Twitter after local vehicle maker, Kantanka automobile issued a disclaimer, distancing itself from an account that promised Twitter user, @godfather_gh a model of their cars if he was able to garner 30k retweets on a tweet.

After staying silent on the authenticity of the account for weeks, Kantanka finally sent a tweet on Thursday, calling the agreement “hoax”. The tweet read “Disclaimer: Katanka Automobile @KatankaAuto wish to inform the general public about this post circulating on social media is a hoax. Katanka Automobile @KantankaAuto will not be responsible for any liability on the part of the public should this Disclaimer be ignored”

The disclaimer did not go down well with fellow netizens who felt the automobile account has not dealt fairly with @godfather_gh born: Jude Osei, a construction worker who lives in the Ashanti Region.

Brand’s strategist and popular Twitter user, @mistameister posted “Kantanka enjoyed the publicity. Never denied it during the 8-9 month period. Same guys who claim we should “think of Ghana and buy made in Ghana cars”. Interesting times.”

Media personality and a strong voice on Twitter, @thenanaaba also shared her views on the issue pointing out the marketing flaw and hypocrisy in the brand’s silence.

“You had nothing to do with the initial tweet but you’ve enjoyed some publicity. Kindly give him a week’s free drive. This is a special appeal. Thanks.” She tweeted

According to Osei after the tweet reached the record breaking 30k tweets, he reached out to what unknown to him was a parody account of the company and is still waiting for a response.

Speaking to the Daily Graphic, Osei said despite the disclaimer, he was grateful to have helped “promoted a Ghanaian brand to the world” through social media.

Aside the angry tweets that have been launched against the brand, other brands have taken advantage of the fallback to push their brands on social media by offering some goodies and gifts to Osei.

Shoe brand, Phil & Joe offered him bespoke leather shoes whiles Fanyogo promised free packs of Fanyogo. The list is currently growing and hopefully it makes up for the disappointment suffered under the hands of Kantanka.

Retweets on twitter has become a popular marketing tool used by brands and celebrities to publicize their products and events. Celebrities and popular brands including Beyonce, Sarkodie, Cardi B and McDonalds have all asked their followers one time or the other to gather a number of tweets for a particular favor to be done for them

7 videos on Youtube you should be watching this weekend

Comedian Clemento Suarez shared a video of his twin sons on their birthday and...

5 Essential Rules to a Healthy and Happy Life

31 trending Bridesmaids dresses in 2020 you got to love