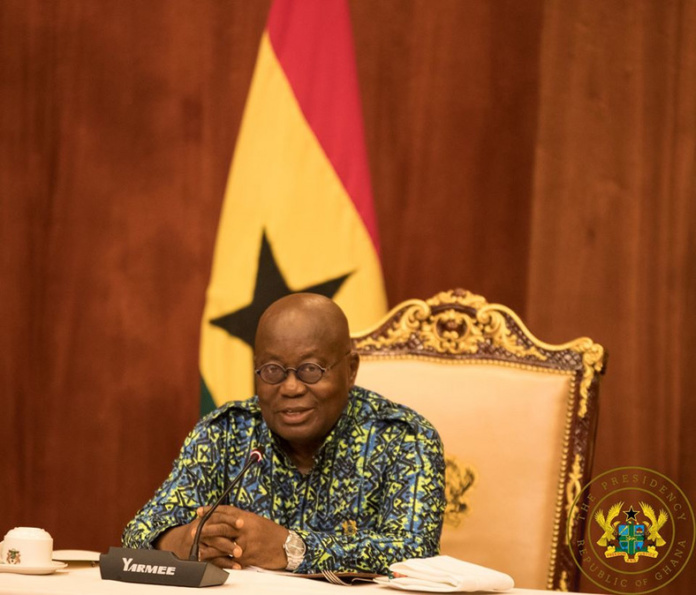 Ghana’s 76-year-old President, Nana Addo Dankwa Akuffo-Addo has always been a man recognised in society and loved by his compatriots for his healthy sense of fashion.

In the early, 2000’s and even before that period, his debonair fashion and spruce style choices were studied by young lawyers in his firm, Akuffo-Addo, Prempeh and Co as if it was a mandatory course as a legal practitioner.

When he served as Ghana’s Attorney General and Foreign Affairs minister, the situation was no different as he courted many other young men into his style cult.

Clean cut suits with no creases and overlaps, the President’s westernised looks appealed to a section of Ghanaians but what made him a style aficionado was his selection of white kerchiefs placed smartly beneath his sleeves.

According to Akufo-Addo, His Excellency, he had learnt the skill from his dad, Edward Akufo-Addo, a former president of the nation and well-renowned as a legal authority.

As a young boy, his dad advised that he made such a sartorial choice with hygiene at the back of his mind. In case of sweat, sneeze or a cough, the handkerchief was neatly placed around his hands and could reach out for it to save the day.

Even in his old age, Mr.President is still giving the young generation a run for their money but this time with a deeper message.

As the president, he’s been addressing the country as its face reports of the novel Coronavirus in the country.

In these addresses, he shared the plans of his government to halt international travel, close borders, close down institutions and quite recently institute a public shutdown to help mitigate the spread of the virus.

In these addresses, communication experts have praised and critiqued his mood, language, rhetoric and style.

In fact, a portion of his speech has gone viral on the internet with a number of international figures heaping praise on him.

A lover of Ghanaian fashion and wax textiles, Nana Addo is also using his choice of fabric to communicate a message to his audience.

Ghana is a country rich in culture and boasts of expert craftsmanship in textile manufacturing including the popular Kente.

In Ghanaian folklore, every fabric has a meaning and as a lover of Ghanaian fashion and wax textiles, Nana Addo is also using his choice of fabric to communicate a message to his audience.

An earlier address spotted him wearing a shirt titled ‘Anibrɛ ɛnsɔ gya na yɛde nsuo ɛdum no’ which means ‘no matter the seriousness of a matter, red-eye will not spark fire’

According to cultural anthropologists, the message behind the shirt is simple yet poignant. It seeks to tell his audience that it takes emotional intelligence and foresight to deal with an issue no matter how serious it may look.

In another address, he wears a shirt called ‘Anisuo’ (a drop of tears). The message once again is clear. As the nation’s leader, he is not cut off from the citizen’s feelings and shares their grief.

Nana wears “Owuo atwidi3 baako nfro” meaning the ladder of death is not climbed by a single man. To wit, death is no respecter of person.

From the expression “s3 akoa som som pa a wotumi di akonnwa “(A good servant rise to become a king).

As the First Gentleman of the land, his fashion choices go beyond just looking presentable for the cameras and holds cultural impact as well as influence on local fashion trends.

*Editor’s Note: This article is constantly updated with new information of the President’s outfit for accuracy.

Kotoka International Airport is Africa's best and most improved airport according to ACI...