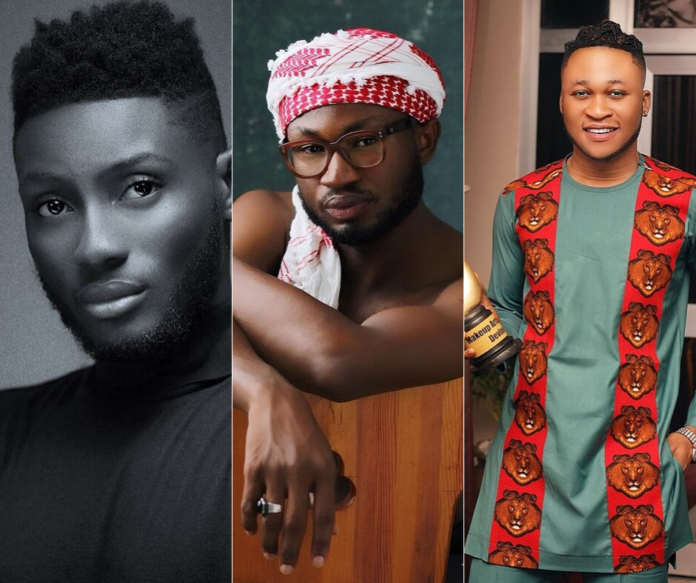 It’s not easy being a makeup artist and it’s even more difficult as guy in a field that is considered “female”.

Despite all the challenges and gender stereotyping, these 7 gentlemen have proven that talent is genderless. S/o to them and keep pushing.

Check out our list of Ghana’s badass male make-up artists.

Prince Asare comes to the world of professional makeup artistry with a lot of experience and accolades under his belt. For a long time, he was the only male makeup in a heavily female-dominated space for so many years. He’s worked with several beauty brands including SO Aesthetics, NOTE Makeup and Colourbox Cosmetics as an influencer and lead artist.  The talented Ghanaian bloke is also the head makeup artist for Kumasi Fashion week. As a celebrity makeup artist, he’s touched the faces of Efya, Vanessa Gyan, Deborah Vanessa and many others. These days he’s expanded his brand to include a spa and skincare line.

You know famous quote that says: “What a man can do a woman can do it better”, flip it and you have a total badass in Nana Asante Augustine of Barima Makeup Artistry. Barima which refers to the male gender in his local dialect of Twi has taken the makeup industry by storm with his work. Though an all-round makeup artist, he is well noted for his bridal makeup which has scored him some very adorable brides across Ghana.

If you’re looking for the makeup artist behind those super cool editorials, Vlisco fashion stories and billboards in towns, then you need to be talking to Hamid Vijay. It’s safe to say that he’s paid his dues big time in the beauty industry.

Juury Studios, the darling boy of a plethora of Ghanaian photographers and models is one to watch. A jack of all trades, he also plies his trade in the world of creative direction and hairstyling too. He’s actually the whole package.

With a following of over 23,000 followers and a number of awards to his credit, Divine Cassey is securing his seat at the top. A protégé of Nigerian makeup artist, Nancy Blaq, he’s successfully created his own brand and won over celebrities including Yvonne Okoro, Afia Schwarzzeneger, Ajoke Silva, Christabel Ekeh and the first lady of Namibia.

Zulknarnian Mahmoud is a clear indication that you need to pursue your dreams despite the obstacles in your life. Prior to his award-winning makeup career, he was a teacher who accidentally started makeup as a hobby some four years ago. His zest and sheer determination have landed him on the set of the Delay Show, Cocoa Brown and over 30 music videos as a lead makeup artist in charge of creating stunning looks for television.

Youtuber, Hair Stylist and Makeup artist, Jonathan is all that and more. The final year student of KNUST is perhaps the boldest and fiercest lad on this list, having faced backlash and social media trolling over his decision to wear makeup in a rather conservative country like Ghana. Despite the constitution of Ghana’s silence on other gender identities, he’s considered the first non-binary makeup artist in Ghana. .

The 9 Africans who were named in the 7th annual #BoF500

Say a big hello to the glamorous Queens who are representing Africa at the...

We all need a Miss Nigeria in our lives over her reaction after Miss...