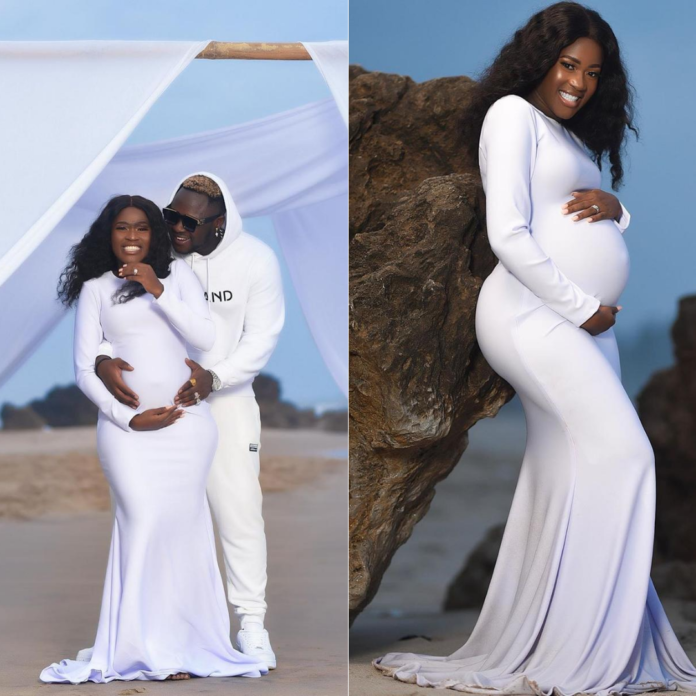 AMG Medikal and Fella Makafui will soon welcome their first child as a couple.

Confirming the rumours which have been hanging in the air since their wedding in March 2020, the Ghanaian rapper made the big reveal in his latest music video, ‘Odo’ featuring King Promise.

READ MORE: Fella Makafui is redefining what it means to be called a boss chick in these new photos

The video which was released via Youtube on Friday, August 7 featuring his wife and actress, Precious Fella Makafui with a baby bump has set social media ablaze.

“My self ft @iamkingpromise out now, link in bio,” the AMG BEYOND KONTROL boss announced on Instagram.

In the video, Fella can be seen dancing to the tune whiles caressing her baby bump in a white dress at a beach front. Scenes from their March wedding was featured in the video which was directed by Yaw Sky Face.

Fella also gave her fans the news via Instagram with a photo and a caption that reads: “You never know where a blessing can come from ..mine is you ❤️🤰🏾.”

Scroll down for video:

7 places Actress Nikki Samonas has visited on her European trip

John Dumelo and his wife ring in their son’s first birthday with photos and...

Attention! People are slandering your favourite Ghanaian foods and it can trigger you