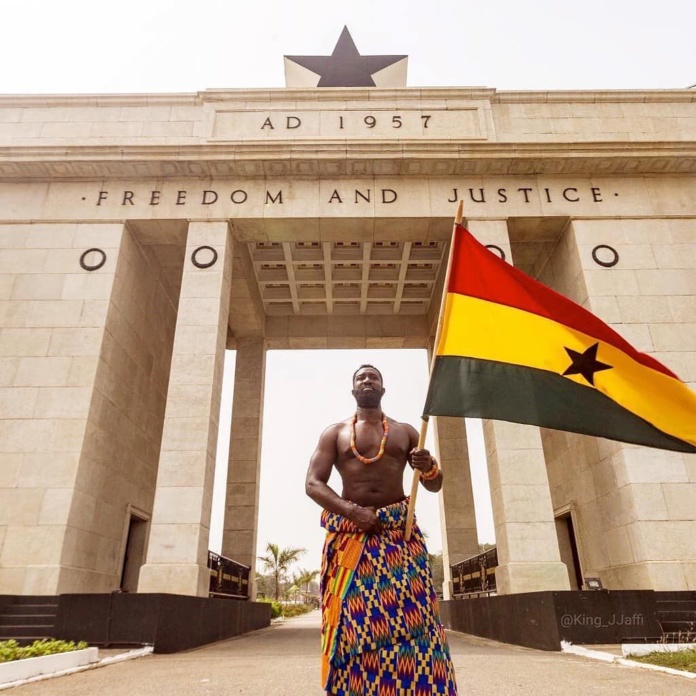 “Our countries’ names instil in us a sense of pride. Our leaders use them as emotional triggers in speeches, and so do citizens, creating slogans around country names to rally support on social media and conjure unity in protests,” says an article on Quartz about how countries are named.

Just like all the countries of the world, the territory we know today as Ghana was once called the Gold Coast which was given by the Portuguese who were the first Europeans to arrive in the area. The Portuguese named it La Mina which means mine because it was an important source of gold and gold trading.

It was not until 1471 that the name was formally adopted and widely used.

In 1482 the Portuguese built their first permanent trading post on the western coast of present-day Ghana.

Today, Ghana is home to 30 million people and 6 major ethnic groups who live harmoniously side by side. The people of Ghana known for their rich history, culture, kente, hospitality, good food, trailblazing citizens, natural resources like gold, cocoa, timber, diamond and many more.

Who named the country Ghana?

The name Ghana was borrowed from an ancient empire which boasted of significant power, wealth and territory.

Muslim historians and scholars who wrote about the empire believed that the Old Ghana Empire flourished around c. 300 and saw a major decline and a subsequent demise in c. 1100. It was known as Wagadou by the Sonike inhabitants. The empire’s capital is believed to have been at Koumbi Saleh on the rim of the Sahara desert

The word ghana means warrior or war chief and was the title given to the rulers of the original kingdom. The empire was located in the area of present-day southeastern Mauritania and western Mali.

The name Ghana was adopted at independence because it is believed that a number of ethnic groups in the Gold Coast traced their ancestry to inhabitants of the Ghana empire.

The first person to make this suggestion was Rev. J. B. Anaman in his book, “The Gold Coast Guide” which was published in 1895. Another propagator of the idea was Lady Luggard, wife of the infamous Lord Luggard who spearheaded what came to be known as “Indirect Rule”, especially in West Africa. Luggard’s Book, “A Tropical Dependency” also included the stories of the empires of Mali And Songhai and was used as educational material at the Achimota School in the 1920s.

At the time of his death, Ghanaian clergyman and academician, James Kwegir Aggrey was working on a major history thesis to establish the historical connection between the people of Gold Coast and not only Ghana Empire, but Mali, Songhai, Egypt And Abyssinia. However, the publication failed to see the light after his demise in 1927.

Another author, Rev. W. T. Balmer who was a tutor at the Mfantsipim School also wrote about this connection to Ghana Empire in 1926.

These publications and research piqued the interest of the Doyen of Gold Coast politics, DR J. B. Danquah who published his Book, “Akim-Abuakwa Handbook” in 1928, two years after Balmer’s Book and Thirty-Three (33) years after J. B. Anaman first made the suggestion.

However, Danquah in his book proposed that the territory be referred to as “Akanland” instead of The Gold Coast, a suggestion that drew sharp criticism. He later suggested “Akan-Ga” as a replacement which failed to acknowledge the other ethnic groups.

The Newspaper “West Africa”, called him out once again in an editorial, it wrote: “It appears Dr Danquah’s view of nationhood does not extend to the Non-Akan population of the Northern Territories”. Upon further deliberations and discussions, Danquah agreed to use “New Ghana”.

1948 riots and the first use of the name Ghana

After the 1948 riots and following the arrest of the UGCC leaders including Nkrumah and Danquah, some students and teachers of Mfantsipim and St. Augustine’s College embarked on a demonstration to demand their release.

These Students were dismissed and Kwame Nkrumah set up a School for them with his personal funds and named it “Ghana National College”.

At the proclamation of independence in 1957, the name Ghana was eventually adopted. Speaking on the adoption of the name, leader of the new country, Dr Nkrumah said: “We take pride in the name Ghana, not out of romanticism but as an inspiration for the future”.

This is how the country known as the gateway to West Africa came to be known as Ghana instead of The Gold Coast which was imposed by the British colonial rulers who adopted it from the Portuguese.

At 66 years old, this Ghanaian JHS student is pursuing his dreams of a...

Interview: Quables is building the brand of the future for young people and he...