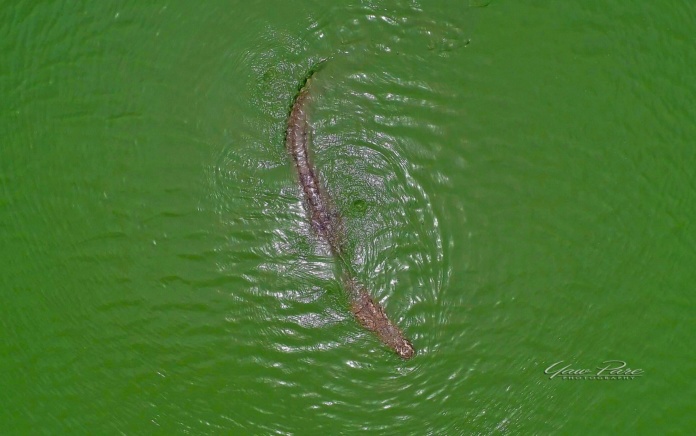 Travel and Lifestyle Photographer, Yaw Pare is sharing his best-kept travel location secrets with people on the internet as the world battles with COVID-19.

Pare, who is well versed in the Ghanaian and African travel terrain has won several awards for his photography work.

In his bid to encourage local tourism and bring light to Ghana’s scenic beauty, he has created a list of untapped tourist sites which should be on everyone’s bucket list.

The list includes pristine beaches along the western coast, sacred groves in the forest areas of Tano, a pond filled with mystical crocodiles in Paga, relics of a slave camp which was used in the transatlantic slave trade among others.

Ghana’s Government plans to increase the contribution of the tourism sector to the country’s GDP from the current 2.2 million to 8.8 billion by the year 2027.

As the world recovers from the global pandemic, one of the key industries to be affected is the global tourism industry but with a renewed interest in local tourism, all hope is not lost.

Travelling to these places are cheaper if you go as a group and more convenient than travelling to a foreign destination where you can’t understand the local terrain as much as you will for Ghana.

It also opens you up to other parts of the country and brings revenue to local people as you patronise their wares.

Check out the list of places you should visit in Ghana after lockdown is over.

The striking sandstone rock formations within the Tano Sacred Grove, along with the interesting history and culture of the grove, make this a highly enjoyable site to visit. Taakora, the highest of the Akan gods on earth, is believed to dwell at the source of the Tano River within the grove, making it a sacred place. Take a guided tour of the grove, learn its fascinating history and be rewarded with a wonderful panoramic view.

The Wechiau Community Hippo Sanctuary (WCHS) is a unique community-based project, protecting and preserving the wildlife and the environment of a 40km stretch of the Black Volta River in Ghana’s Upper West Region. The river is home to one of the two remaining hippopotamus populations in Ghana.

The Tongo Hills is a group of mountains located south of Tongo, Ghana. The hills are located in the Ghanaian Northern Plains. The Hills form a U-shaped valley which is opened towards north.

Larabanga is a village in West Gonja district, a district in northwestern Northern Region of Ghana. The village is known for its whitewashed, adobe Sahelian mosque, said to date from 1421. It was at the height of the trans-Saharan trade. It is reputed to be Ghana’s oldest mosque and houses a copy of the Qur’an almost as old.

The Pikworo Slave camp was founded in 1704 and was active until 1845. It is located in Paga nania, about 3 kilometers west of Paga in the Upper East Region of Ghana. It was originally developed as a slave transit center where slaves were auctioned and later resold in the Salaga Slave market.

Mole National Park is Ghana’s largest wildlife refuge. The park is located in the Savannah region of Ghana on savanna and riparian ecosystems. Mole National Park protects an area of savannah and forest in northern Ghana. It’s home to elephants, leopards and rare birds such as the white-backed vulture. In the western part of the park, the Konkori Escarpment has panoramic views and overlooks waterholes where animals drink. There are waterfalls along the Kparia and Polzen rivers. To the south, Larabanga village has a centuries-old, Sudanese-style mosque.

The Boabeng-Fiema Monkey Wildlife Sanctuary is found at Boaben and Fiema, twin communities 22 kilometers away from the Nkoranza North District of the Brong Ahafo Region, Ghana.

Ada Foah is a town on the southeast coast of Ghana, where the Volta River meets the Atlantic Ocean. It’s known for palm-lined beaches and estuary islands. Marine turtles breed in the area. On the seafront are traces of Fort Kongenstein, built by 18th-century Danish traders.

Why Growing Old Is Better Than You Think

#CarliFer19: After falling in love at first sight, Carlos & Jennifer have tied the...

Forbes refutes claims that Kanye West is the richest black man in America.